All content is the property of Traveling Vines. Don't steal it or copy it without permission!
How Ms. Vine attended grad school debt free*
BY Ms. Vine
<

Our financial journey is a story of learning by doing. Early on, we made a lot of mistakes and sometimes it seemed like the good choices were purely happy accidents. But Mr. Vine and I are overthinkers. Analyzing the merits and faults of each decision has led to better and more intentional good decision-making. My grad school attendance is the perfect example.

*For full disclosure, my entire post high school education was not debt-free. I took on about $25,000 of student loan debt to cover my undergraduate degree. The loans were government backed and I was lucky to take advantage of some historically low consolidation rates in 2005 when I graduated. As a result, I had a 10-year payoff schedule with a low monthly and a whopping 1.68% interest rate. With the carrying costs so low, I didn’t bother to pay off this loan early, even deferring it while in grad school. We paid the loan off in March, 2017. Hooray!

My desired grad school program is notoriously expensive and the internet is full of articles about why this degree is a bad idea. The average graduate takes on $84,000 for a public school and $122,000 for a private school. I took on $0. How did we manage that? 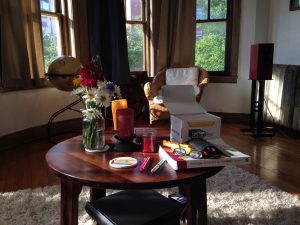 First, I took six years off between degrees to work full time. Six years was probably on the long side, but I recommend taking at least two years off to work after undergrad. The years of working made me a better grad student. I also learned a lot about personal money management during that time. We were paying back undergrad student loans, a mortgage, a car payment and felt the weight of some consumer debt. We also further delayed my grad school because the year I planned to apply to grad school coincided with Mr. Vine’s Great Recession-era layoff. This turned out to be serendipitous as 2008 would have been a particularly bad time to start my program. The situation for my profession had improved considerably a few years later.

Second, we planned and saved. Having spent nearly a year on a drastically reduced income, Mr. Vine and I had learned to be more frugal. Those first couple of years after we returned to  two incomes allowed us to build up enough cash to pay my tuition and supplement Mr. Vine’s income during the years I earned nothing to very little. 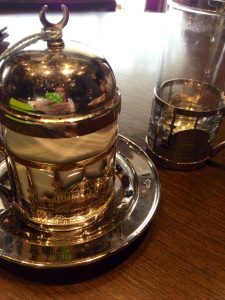 Third, I chose the school that offered the best scholarship and lowest expected total cost. I was fortunate to have three choices, two were state schools, and one was private, all offered various scholarship packages. There were several other factors to consider like location and reputation, but ultimately I chose the one with the best scholarship offer. It was not strictly the biggest dollar amount, but it had a higher likelihood that I’d keep the full scholarship amount each year and was in a more convenient location. The scholarship covered 75% of my tuition, which made the balance each semester affordable to pay from our savings. During the program, I also picked up a few other scholarships and stipends so that by the last year, my entire tuition balance was covered.

Despite a tough job market, I was able to secure full time employment with a solid salary. That went a long way toward making it all feel worth it. My salary straight out of grad school was significantly higher than what I was paid for my prior job. Also, my quality of life and overall job satisfaction is much better.

How about you? Have you attended grad school? Thinking about it? How do you plan to manage the expenses associated with such an expensive, but important, endeavor?